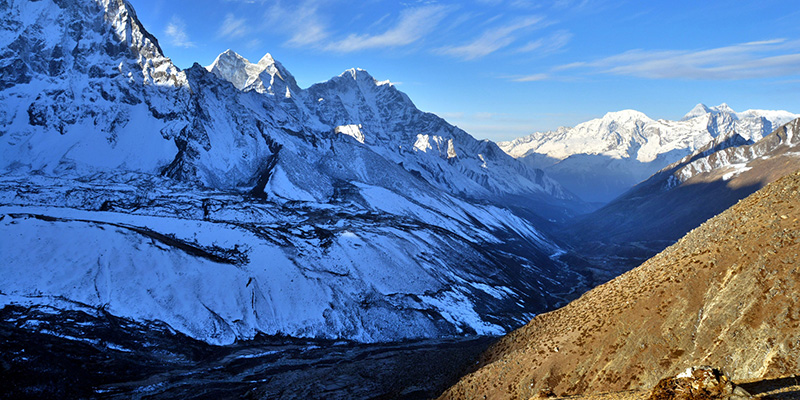 This is one of the most challenging and spectacular treks in the entire Khumbu region. After a week of
enjoyable trekking up to Chukkung (4600m) you will start this grand traverse of three of the highest
mountain passes in Nepal – Kongma La, Cho La, and Renjo La. Along the way you will have close-up
views of several of the highest peaks in the Himalayas, visit Everest Base Camp, enjoy the sublime
scenery at Gokyo Lakes, and visit fascinating Sherpa villages and monasteries.
This is a challenge for fit and experienced trekkers and will leave you with memories to last a lifetime.