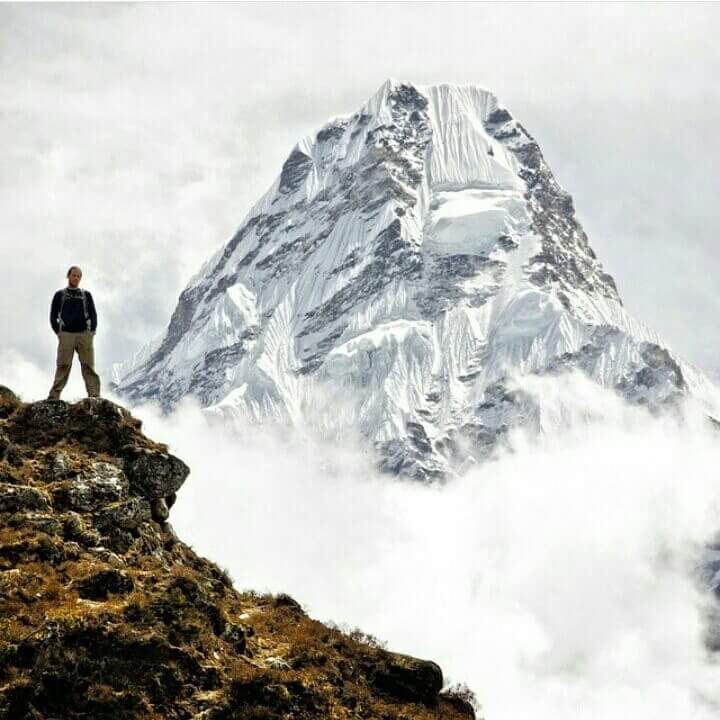 Island Peak, located along the route to Everest Base Camp (EBC) in the Khumbu region of central Nepal, is one of the most popular of the Himalayan “climbing peaks”. Rising like an island in a sea of ice, the peak rises to 6,189 meters (20,305ft). The summit climb is an ideal introduction to mountaineering, either as a goal in itself or as a first step for anyone interested in conquering even more challenging peaks. The climb is combined with a trek up to Everest Base Camp and Kala Pattar peak, as an ideal acclimatization routine and to experience the spectacular views of other Himalayan peaks and the Khumbu glacier. 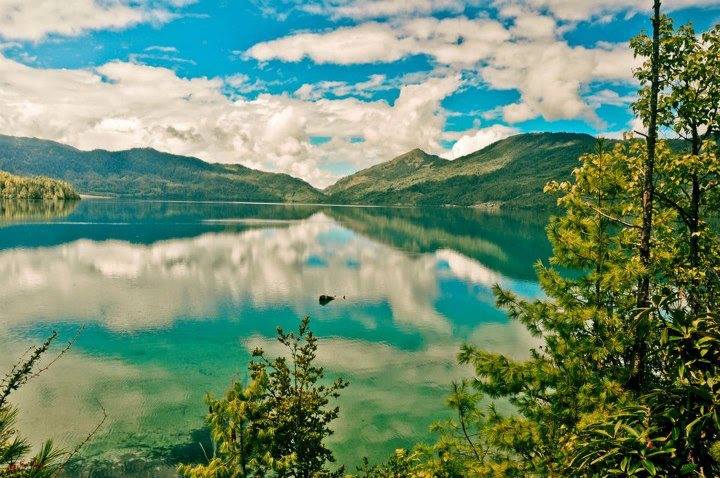 Rara Lake lies in the remote far northwest of Nepal. The lake is beautiful and tranquil. The region around Jumla and Rara Lake is still relatively unexplored.
Our trek starts from Jumla, the largest upland hill town in west Nepal. Rara is Nepal’s largest lake and lies at an altitude of 2980m. An outstanding snow-capped panorama of Dolpo and Tibetan mountains overshadows the scene across the deep clear waters of the lake. The National park consists of Himalayan black bear, leopard, black panther, musk deer, red panda, wild boar, Rhesus and languor monkeys and numerous species of birds.
The final four days of the trek offer superb views over Mugu, the southern mountains of Humla and the border ranges of Tibet. The trail takes us through grassy alpine pastures and remote villages, before descending steeply off the second pass to Jumla. From here, we fly back to Kathmandu via Nepalgunj. 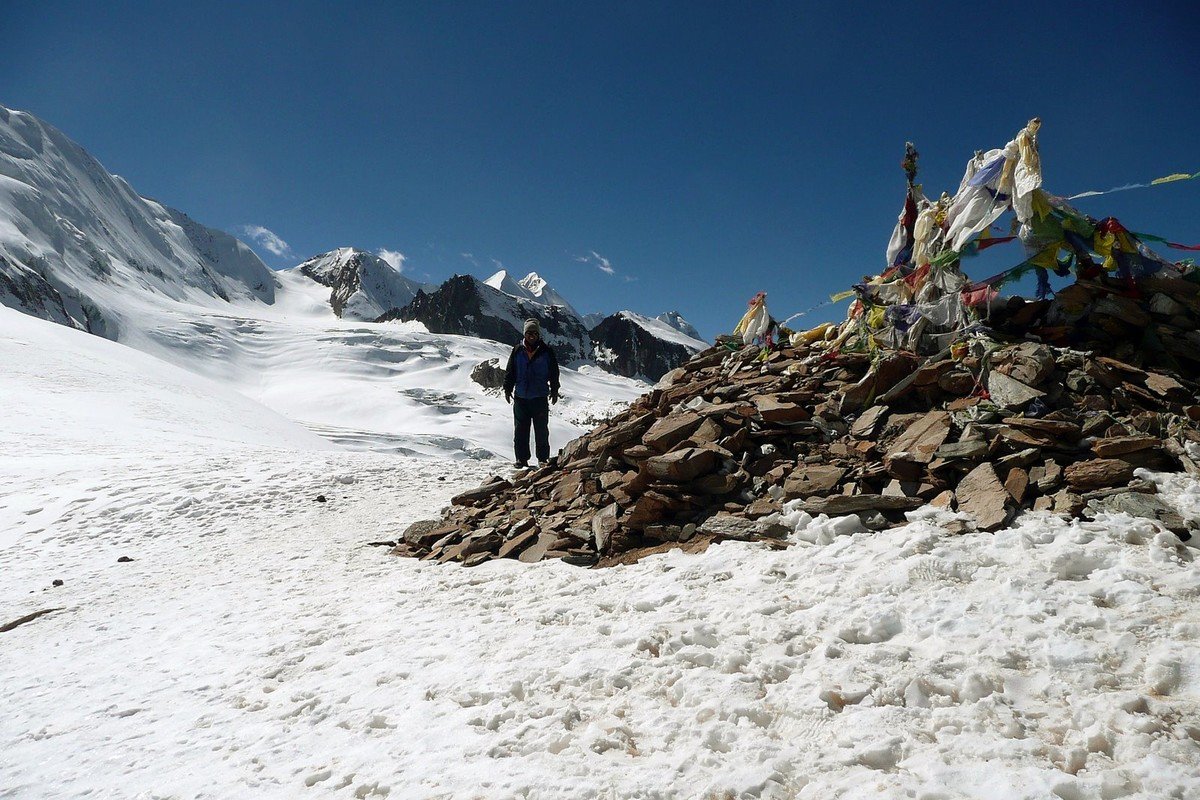 Dolpo is a remote region, most of which is protected by the Shay Phoksumdo National Park. The Dollop region has been bypassed by development and, until recently, by tourism. Although a few anthropologists and geographers had explored the region, the entire district was closed to foreigners until 1989. Today it still receives only a few visitors and one can explore parts of Nepal starting from Jamal, one of the world’s highest rice-growing areas in the world, through the Tila valley with its unique red rice until we reach Duane. This trek can be extended on request with 5 days to Phoksumdo Lake, entering the inner parts of Dollop and views over the deepest lake of Nepal. 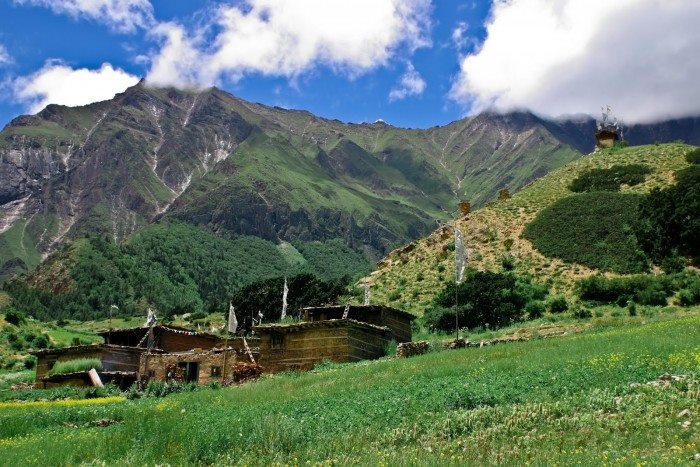 Treks in the Lower Dolpo do not require special permits. The Lower Dolpo is located in the mid western part of Nepal known as known as “Ba Yul” in the local dialect or the hidden valley. One of the many highlights of the lower Dolpo trek is the flat upper valley, which contains a number of interesting villages mostly inhabited by people of Magar & Gurung origins. There are a number of Buddhist and Bon-po temples to see along the way. 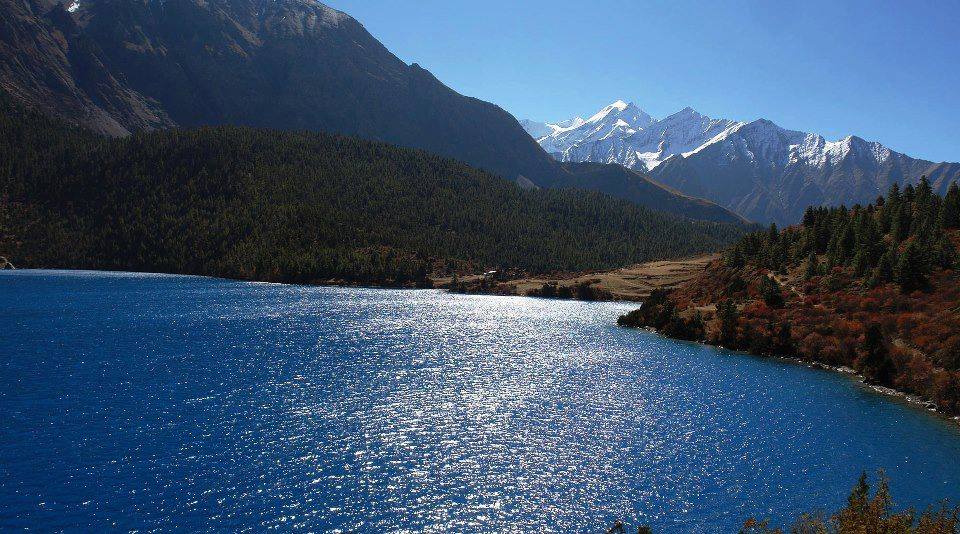 This trek takes place in the north-west region of Nepal. Dolpo is located in the Phoksundo National park of mid-western Nepal, behind the Dhaulagiri massif, towards the Tibetan plateau, cut off by a series of very high passes and closed by the snow most of the year. As it is one of the remotest and least exposed areas of Nepal, and also naturally isolated by the difficult topography, it offers rare opportunities to explore near-virgin territory and meet people, almost unexposed to tourism. Because Dolpo is so close to Tibet’s border, the people of Tibetan origin inhabit it. The trek provides chances to visit several unique monasteries (gompas). 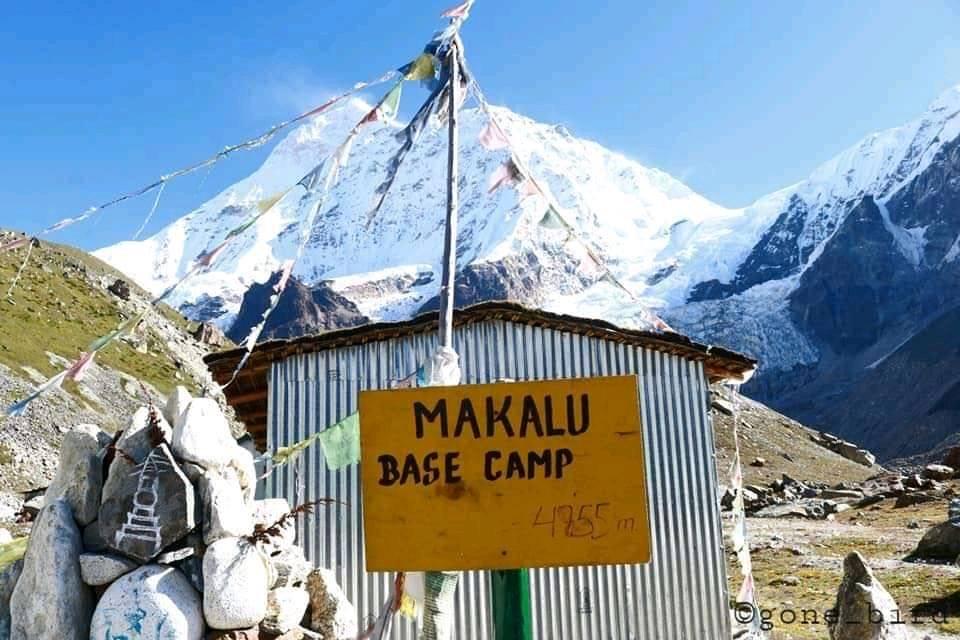 Formerly a restricted area, Makalu spans five major ecological zones embracing the lush, tropical Arun Valley, dense forests of rhododendron, fir and alpine meadows that lead to the mighty Barun glacier. From the base camp, you can view the spectacular Mt. Makalu.
This mainly low altitude trek is centered on the Arun Valley. The sub-tropical valley floor of the Arun River is in places densely forested, contrasting with the terraced slopes higher up, which are farmed by villagers of diverse tribal groups. High pastures typify the upper slopes, which border on the Makalu-Barun National Park, an important conservation area for many threatened species.

Kanchenjunga (8598m) is on the border between Nepal and the Indian state of Sikkim. The Kanchenjunga is the world’s third highest mountain, and the first ascent was made in 1956. This region is home to the Limbus, who are relatives of the Rais. They are thought to have ruled the Kathmandu valley from the 7th century BC until around 300 AD. They then moved into the steep hill country of eastern Nepal, from the Arun valley to the Sikkim border, where they remain today. They are easily distinguishable by their Mongolian features. Many of the men still carry a large kukri (traditional curved knife) tucked into their belt and wear a topi (Nepali hat). A famous contribution of Limbu culture us the drink tongba. A wooden pot is filled with fermented seeds and boiling water. You drink the potent mixture through a bamboo straw, with tiny filters to keep the seeds out. 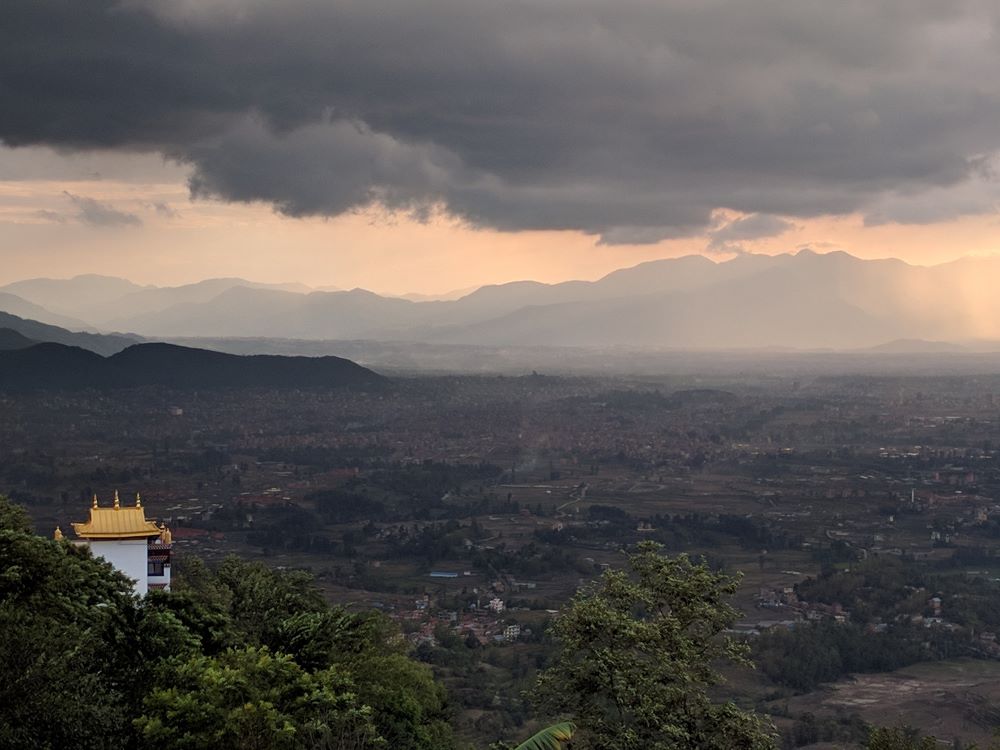 This idyllic walk takes you through quiet forests and bustling villages in the Shivapuri Valley and then up to Shivapuri Hill (2729m), the highest point on this trek. From the top of Shivapuri Hill you’ll see more than 60 towering mountain peaks, including Manaslu, Boudhahimal, Ganeshhimal, Langtang range, Dorjeelakpa, Shisapangma and Gaurishankar. You’ll also trek to the village of Nagarkot, one of the most scenic locations in the entire Kathmandu Valley with commanding views of the great Himalayan peaks. 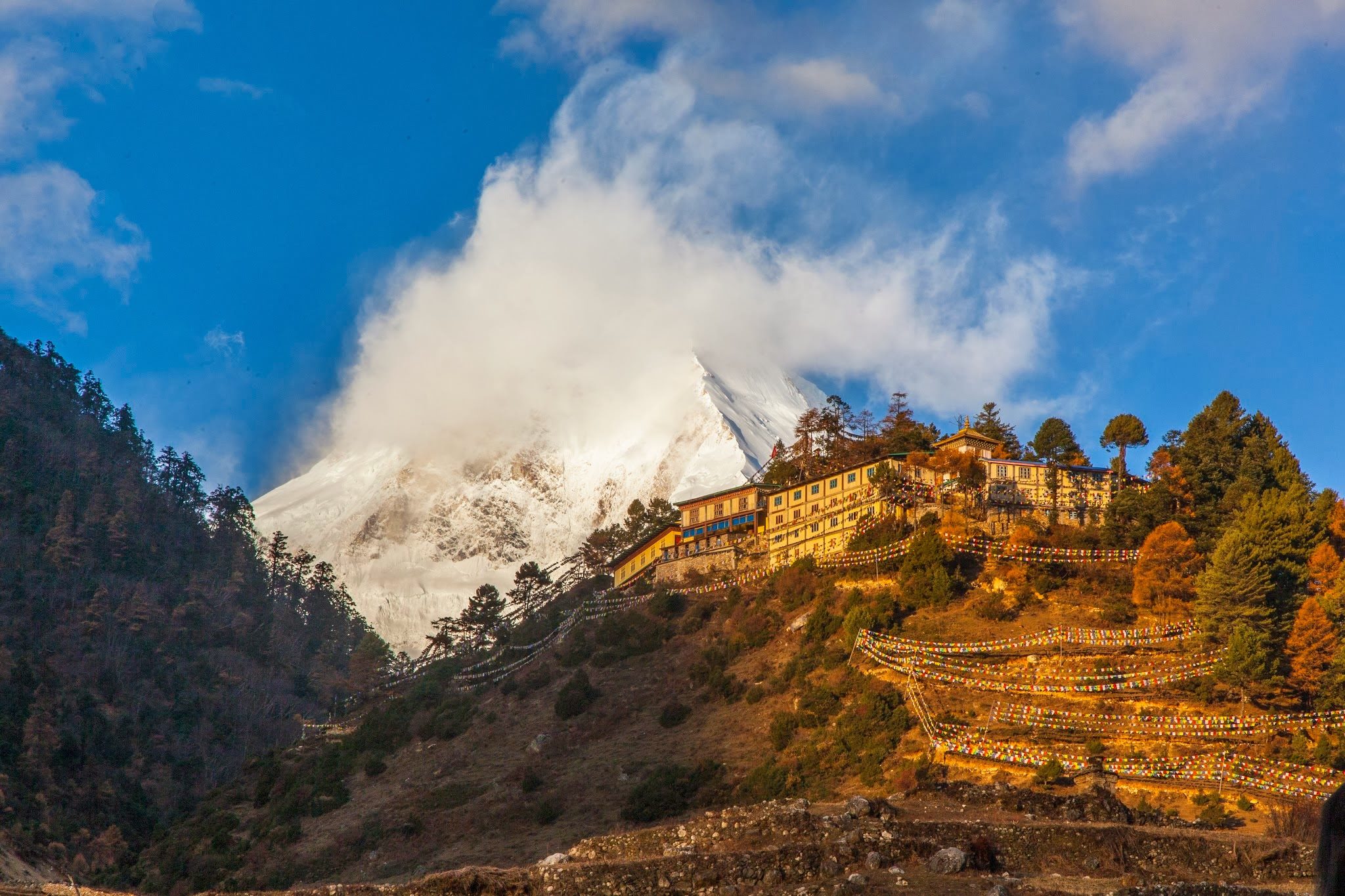 A trek to Langtang valley starts with an overland journey to Syabrubesi, a small string of shops and hotels. Langtang is a narrow valley that lies just south of the Tibetan border. It is sandwiched between the Himalayan range to the north and a slightly lower range of peaks to the south. This area was designated Nepal’s first Himalayan national park in 1971. This high and isolated region is inhabited by the Tamangs, whose religious practices, language and dress are more similar to those of Tibet then to the traditions of their cousins in the middle hills. According to a legend a lama following a runaway yak discovered the valley. Hence the name – lang its Tibetan for yak, and teng means to follow. Though is area is relatively close to Kathmandu, the region sees far fewer trekkers than Everest and Annapurna. This trek is easily combined with the Gosainkunda Trek.

NOTE
Due to the rough nature of the road and the 6+ hour transfer each way we recommend a 4WD transport to and from Syabrubesi. The cost for a 4WD vehicle is approximately US$200 each way which can be shared with up to 5 persons.

Highlights
Alpine scenery, chance to mix with the Tamang people. 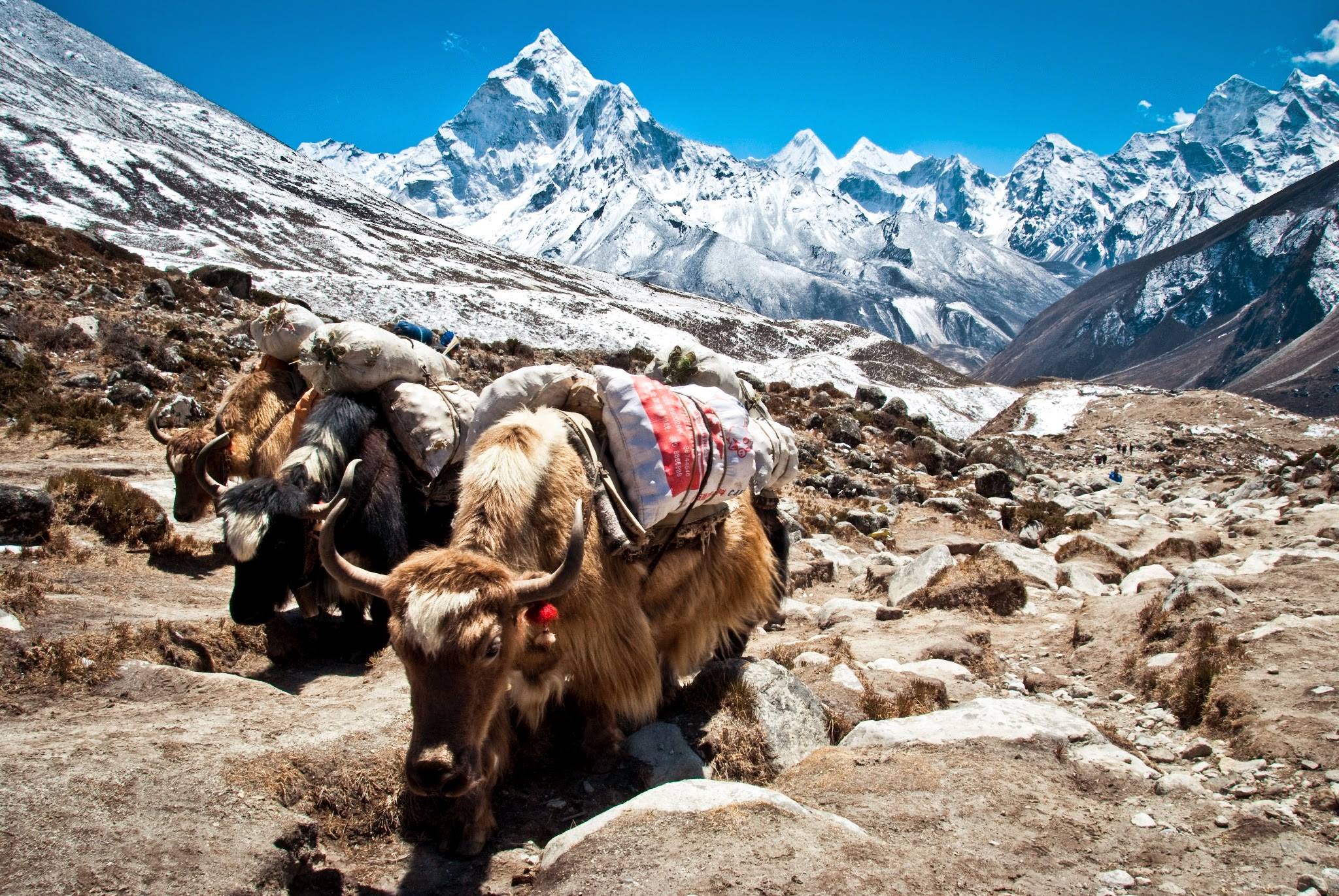 The kingdom of Lo is strategically positioned along the main trade route between Tibet and India. In the 15th-17th centuries traders carried salt and wool to India and spices and grain back to Tibet, following the course of the mighty Kali Gandaki River. The Kingdom of Lo was part of Tibet until it joined with Nepal in 1790. This district is the lone bastion of traditional Tibetan Buddhist culture and religion in the predominantly Hindu Nepal.

The kingdom was closed to outsiders in 1960, when eastern Tibetans began their fight against Chinese forces. The region was not reopened to outsiders until 1991, and upper Mustang is still closed to casual visitors. A small number of permits are issued each year to trekking companies, and a government liaison accompanies each trekking party in the restricted area of upper Mustang. We hold a small number of permits for 2008, each permit costing 700 USD.

No comments to show.